Come to Contemporary Muslim and get an Ayat daily from the Qur'an.  The Qur'an nourishes us and is our guide on Earth.  It is the word from Allah swt, our creator directly to us.

He is Allah, the Creator, the Inventor, the Fashioner; to Him belong the best names. Whatever is in the heavens and earth is exalting Him. And He is the Exalted in Might, the Wise.

Hadiths are the sayings or actions of the Prophet Muhammad PBUH or his Sahabah.  Learning Hadith clarifies our religion for us and helps us to hold on to the Sunnah.  By learning one Hadith a day it can bring us closer to Allah swt.

Azkaar or supplications that one says to Allah swt.  They can be for various things such as remembrance of Allah; Asking forgiveness; Seeking guidance; Being fearful, etc.  Every Muslim should know these supplications.

What Does Contemporary Muslim Mean?

Many people in the West are confused about what Islam is and what Muslims believe.  They have been programmed to believe that Islam is a religion of terrorism and that Muslims are commanded to kill all non-Muslims.  This has led to a rise of Islamophobia which has resulted in increased hate-crimes towards Muslims.

The rise of hate-crimes has had the effect of creating extremists.  It has made young impressionable Muslims without any religious knowledge susceptible to the teachings of the Khararij or extremists who will say to them that they are indeed being oppressed for their mere existance.  However, the Khawarij are the enemies of both Muslims and non-Muslims.  They are the true enemies of Islam.  Contemporary Muslim was birthed out of necessity to combat both Islamophobia and Extremism and to educate both Muslims and non-Muslims about the true teachings of Islam. Islam is truly a religion for all places and all times and is a mercy given to humanity from our Lord and Creator Allah swt. 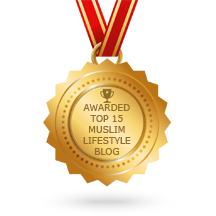 News From Around the World

Updated news and analysis from around the world.  Come to Contemporary Muslim to stay up to date with happenings around the globe.